Notaviva was founded on the principal that the enjoyment of any beverage (wine, beer, cider, seltzer) may be heightened by pairing your drinking experience with musical selections that complement your beverage. Although we created our brand identity based on our inherent belief in this principle, we have long since found significant educational research on the topic, many of which can be found on our site here.

The core concept in play here is based in a field of cognitive neuroscience known as "cross-modal correspondence" which is a fancy way of saying that your a perception of tastes and smells can actually (and this has been proven in studied time and again) be positively or negatively impacted by the music you're listening to while drinking or eating. What we find fascinating is how unique and personalized these experiences are for everyone. A particular song that you find does not complement your wine, may be the perfect song for someone else. You are BOTH correct! Only you know what works best for your listening tastes, and your pallet.

So in an effort to help you begin your study of wine and music pairings, we've put together a list of seven songs that we feel will heighten your enjoyment of our "Cantabile" Cabernet Franc. Although the label on the bottle indicates the wine goes best with string quartets, we've had people say they like the wine with the blues. Why string quartets? Because string quartets are classical pieces, beautiful, elegant and complex but "not big" like a major symphonic work. So how does that make sense with the Blues? Well certain types of blues can create those same emotional reactions in listeners. The blues can be beautiful, elegant and complex but not "heavy rockers" turned way up loud. Again, the reality is that music DOES 100% IMPACT your wine experience, our challenge to you is to conduct your own listening exercises.

Emperor Quartet, byname of String Quartet in C Major, Op. 76, No. 3, string quartet in four movements by Austrian composer Joseph Haydn that provided the melody for the national anthems of both Austria (1797–1918) and Germany (beginning in 1922). The work draws its nickname from that melody—composed specifically for the Austrian monarchy and thus known as the “Emperor’s Hymn”—which forms the foundation of the second movement of the quartet.

The String Quartet No. 14 in C♯ minor, Op. 131, was completed by Ludwig van Beethoven in 1826. It is the last-composed of a trio of string quartets, written in the order Opp. 132, 130 (with the Große Fuge ending), 131. It was Beethoven's favorite of the late quartets: he is quoted as remarking to a friend that he would find "a new manner of part-writing and, thank God, less lack of imagination than before".

Dissonance Quartet, byname of String Quartet No. 19 in C Major, K 465, string quartet (a type of chamber music for two violins, viola, and cello) in four movements by Wolfgang Amadeus Mozart. It was completed on January 14, 1785, and it was noted especially for its divergence—especially in the slow introduction—from the then-standard rules of harmony.

String Quartet in G minor, Op. 10, by Claude Debussy. For the quartet, Debussy utilized the “cyclical” method advocated by Franz Liszt – a method characterized by the recurrence of certain themes or motifs throughout a work – combined with a light-handed variation technique that carried his motto theme through subtle ongoing transformations. The piece made its debut on December 29, 1893 at the Salle Pleyel in Paris with the prestigious Ysaÿe Quartet, to whom the work is dedicated.

"The Thrill is Gone" by B.B. King. The song was written and originally recorded by the blues musician Roy Hawkins in 1951. In the 1950s, King was a Memphis radio DJ who played the Roy Hawkins original on the air. The song is about moving on from a relationship that has gone bad.

"At Last" by Etta James. The songwriting team of Mack Gordon and Harry Warren wrote this in 1941 for the film musical Sun Valley Serenade. The following year it was rearranged and re-recorded and used in the film Orchestra Wives. It was performed in both movies by Glenn Miller and his Orchestra with vocals by Ray Eberle, and the song became a major big band hit in October 1942.

"I Put A Spell On You" by Nina Simone. Originally by Screamin' Jay Hawkins, the original version gave the song an ironic theme, but Simone transformed it into a thrilling love song, complete with horns and strings. It has become one of her most well-known songs.

Notaviva is now a 21+ farm brewery & winery. Thanks for your understanding! 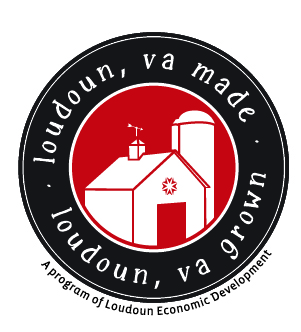 Learn more about the program here >>>

Notaviva is now a 21+ farm brewery & winery. Thanks for your understanding!